This is the forum for the EWFW roster. Discuss your character, future ideas for feuds, upcoming PPVs and much more for the wrestling game, at the web page of www.thewrestlinggame.com

We the Creative team have decided on 3 tournaments for each of the three EWFW Championships which some of you will participate in come the first show.

Here is a briefing of the tournaments for each title:

EWFW Intercontinental Championship-A Beat the Clock sprint, the superstar who wins their match in the shortest time will be crowned champion.

Hope to see you participating soon, the list of participants and matches will become available in the next few days.

This is a good idea and just think of all the exp and money we will get if one of us ends up wrestling 9 matches.

The only problem is doesn't that increase our chances of one of us getting injured?

isnt there injury proneness by fighting 10-15 opponents a DAY compared to 1 every few days?

Are we allowed to request which tournament we'd like to be considered for or will you decide that for us based on our ranks and contracts?

Admin wrote:isnt there injury proneness by fighting 10-15 opponents a DAY compared to 1 every few days?

What I ment is say if I was in the rumble and I had to face 9 opponents back to back, then wouldn't I likely to be injured after a few matches? (I don't know if there is or isn't?)

It's still a good idea though and if there is a risk, getting 9 lots of exp and 9 lots of fantaeuros seems worth it (in my last fed we got paid 1000 fantaeuros for 1 match in a show, so we could have a chance for 9000, LOL!!)

BTW The match sounds more like a Gauntlet match (ie, 1 comes down and the winner stays on) than a royal rumble, but I like the Slobber knocker title from the Smackdown game (maybe you should invent a name up for it like a Warpath match)

yh but the idea is for it to be spread over shows.

and bret no its based on stat and stuff.

Oh I thought it was going to be all in one night (ie, all in the same show like a gauntlet match).

Xtreme sounds about right for me

also, how will this involve rivalries and such, or will they feature after the events of that show??? 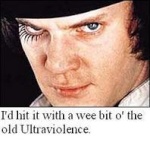 also, how will this involve rivalries and such, or will they feature after the events of that show???

I suppose the GM could edit the match reports and replace the match ending with something like "Worthy distracts the referee and RealDude hits ??? over the head with a chair then pulls Ultra Vylance over ??? for the pin (remember he can edit the reports not the result so in order for that to happen Ultra Vylance has to win the match anyway)

it´s better to hit with a low blow 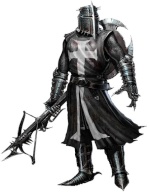 How many wrestlers will take part in the beat the clock sprint?

Niv wrote:it´s better to hit with a low blow

I have that move anyway.

yh but i can incorporate feuds into matches if i chose to.

Anyway nobody's meant to spam my announcements so in future dont!

Hey GM I thought we decided that the Xtreme Division was for wrestler between a score of 20,000 and 26,000.

If that is the case than Jermain Lawrence and Fistandilus should not be in the tournament as they are both in the Heavyweight (26,000+) division.

and for the IC im trying to fill match spaces with over 20.000 but as theyre over 20 they wont win the title as its beat the clock so its my choosing who wins out of the options im given by the match generator.

Ok my mistake, please ignore the similar message in the other section then. I was just somewhat curious as I thought I had missed something.

and for the IC im trying to fill match spaces with over 20.000 but as theyre over 20 they wont win the title as its beat the clock so its my choosing who wins out of the options im given by the match generator.

Heres an idea for your beat the clock.

ok but i plan on writing my own matches using the reports as guidance for the spots etc.

I see what you mean tho.

Admin wrote:ok but i plan on writing my own matches using the reports as guidance for the spots etc.

I see what you mean tho.

The only problem is you can't change the outcome (ie, the result and the stars it recieves)

yh but i write the ending around it.

Admin wrote:yh but i write the ending around it.

THIS IS THE PART OF THE MATCH REPORT YOU CAN NOT EDIT:

So what you could do is edit how the match finishes ie, edit out the finisher and replace it with someone distracts the ref and the other comes in beats him up and dras the other guy over him?

BIG NEWS: End of season is sunday, i dont know where this leaves the fed as we may get moved down or we may not depending if they count how long we been running, new season will start a week monday so our first proper show is in 2 weeks tomorrow. We will arrange something so that as many of u as possible get in the show on sunday, which will be a non-storyline or tourny show, just a free-for-all to get an appearance.